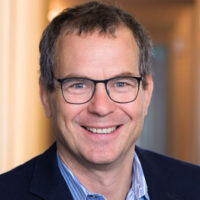 Gregor joined GS1 Austria in 2009 as CEO of the company. Previously, he was head of the strategy of the Austrian Federal Economic Chamber. As Chief Information Officer he was involved in sourcing projects, shared service center, e-government and standardization projects for software providers. He started his career as managing director in tourism and proceeded as CEO of the Austrian Hotel Association. He is experienced in stakeholder management and inter-company co-operation. Gregor is a member of the ECR Austria Board and since 2018 he has been a member of the Presidential Council of Austrian Standards International (ASI).

“I’m looking forward to taking on this exciting challenge, as I believe GS1 can play a significant role at the European level in partnership with the European institutions. GS1 identification standards are well suited to form the basis of a circular economy and digital society.” 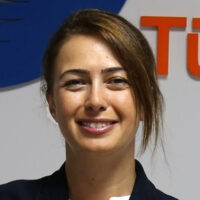 After starting her career in USA working on Satellite Image Processing and Geographic Information Systems, Elif began to work at the IT department of State Supply Office as she returned back to Turkiye. She played a major role on establishing the e-bidding and e-supply systems of the Office. She continued to work as IT Project Manager at TOBB. Being responsible for the project of e-Trade Registry, she also worked for IP Rights and R&D Technical Committee of The Coordination Council for the Improvement of Investment Environment of Turkiye. Since October 2014 she has been working as the CEO of GS1 Turkiye. She is a member of Informative Association of Turkiye, SpaceTurk-Space Research Working Group, TurkishWin-Turkish Women’s International Network and PMI-Project Management Insitute. 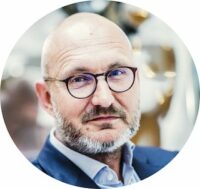 Jan Somers started his career as Director of the VP in the Brussels Parliament, became advisor to Minister W. DEMEESTER in the Flemish Government and became later on active in the European Footwear Industry Confederation, in BABM (Belgian Association for Brand Manufacturers) and ECR Belgium as lobbyist (negotiating trade agreements) and project manager R&D.  The merge of GS1 Belgium & Luxembourg and ECR Belgium in July 2007 brought Jan Somers to GS1 Belgilux as Deputy CEO and ECR Manager.

He has a license in Political and Social sciences (KU Leuven Belgium) and a master in European Politics (University Robert Schuman Strasbourg France).

In 2010 he launched GDSN in Belgium. Today, more than 2000 companies deliver data via the data pool to retailers in FMCG and Foodservice, in the Benelux and worldwide. In 2014 he launched trustbox, a platform for B2C food data with now 2200 companies sharing food data with the market, and since 2018, a Benelux project was started on GDSN for the DIY -garden-pet sector. The market leaders in DIY (Belgium and the Netherlands) are all live now with GDSN. In 2016 he realized the implementation of GS1 standards in the Healthcare sector with the introduction of the GS1 DataMatrix stopping national codes. 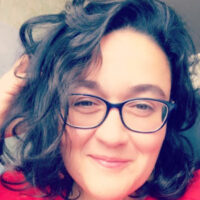 Camille joined GS1 France in 2003 where she held successively the positions of Technical Advisor and Traceability Project Manager. In 2006 she moved to GS1 Australia where she was first appointed Education Integrator and evolved to Education and Training Manager. After 4 years Camille moved back to France where she was Transport and Logistics Project Manager and Non-food sectors Senior Manager. She was appointed GS1 in Europe Coordinator in January 2013. 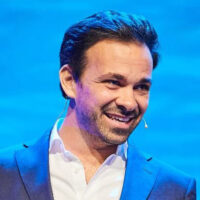 Diogo supports the Coordinator with the execution of coordinating of activities in the European Region. He works closely with all GS1 in Europe Members Organisations, project teams and GS1 Global office staff, as well as with external suppliers and providers. He assists in the organisation of meetings, fora and all events. He’s responsible for the communication and marketing activities for GS1 in Europe.

Diogo joined GS1 Portugal in 2005 in the financial department. Two years later, he moved to the marketing department and was involved in a variety of activities: organisation of marketing for solutions providers, sponsorship management, mass communication and maintenance of the GS1 website. As a Microsoft dynamics CRM specialist, he was involved in marketing research activities and digital strategy. He also participated and coordinated all communication events at GS1 Portugal. 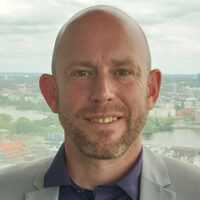 Henk-Jan joined GS1 Netherlands in 2016 as Account manager retail where he was active on the day to day management of all Dutch retailers (food service included) and working on the Data Quality Program from GS1 Netherlands. He managed the (external) working groups on data exchange (maintenance groups) and together with GS1 Belgilux harmonised the data models of the three countries. Previously he worked for a private company specialised in supply chain transparency and traceability (on product/food safety, social compliance and sustainability). Before that he worked in various roles (team leader, project manager and information manager) for various ICT related companies. 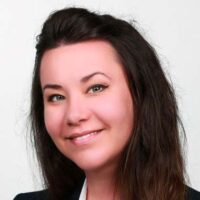 Our Project Manager is Ildiko Lieber.

She is responsible for managing various projects at GS1 Europe.

Ildikó joined GS1 Hungary in 2017. From the start she was responsible for General Specifications and step by step she became a senior expert in AIDC. She was the team leader for the Standard Management Team at GS1 Hungary. She was responsible for barcode assessment service and facilitated many internal and external workshops on AIDC topics. During her years at GS1 Hungary she had a day-to-day experience with communication and cooperation with partners and companies. She represented GS1 Hungary in several GSMP work groups.

Before GS1 Ildiko worked in the public sector as a statistician. She first got involved in international projects at Hungarian Central Statistical Office (HCSO). She became the project leader of ICT usage by enterprises project in collaboration with Eurostat in 2011 and held this position for 6 years. She took part in carrying out a country level survey, data validation and analysis and represented HCSO on regular international forums in Luxembourg. 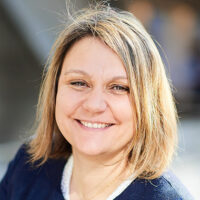 Francesca is a dedicated and enthusiastic public policy professional with 25 years-experience in both public and private sectors. With more than ten years at the European Commission and the European Parliament in Brussels, and ten years for a food multinational, Francesca’s vast experience covers also fast-paced National government environments. Among her biggest achievements, the corporate social responsibility program launched and developed to the highest public recognition for Ferrero, the convergence of environmental protection and chemical impacts in the framework of the EU Chemical reform, the fight against illicit trade through open non-proprietary standards for GS1. Francesca’s visionary, diplomatic and negotiating skills have been essential to develop strategies where different interests need to converge and where changes are quickly needed at the benefit of industry, governments and society.